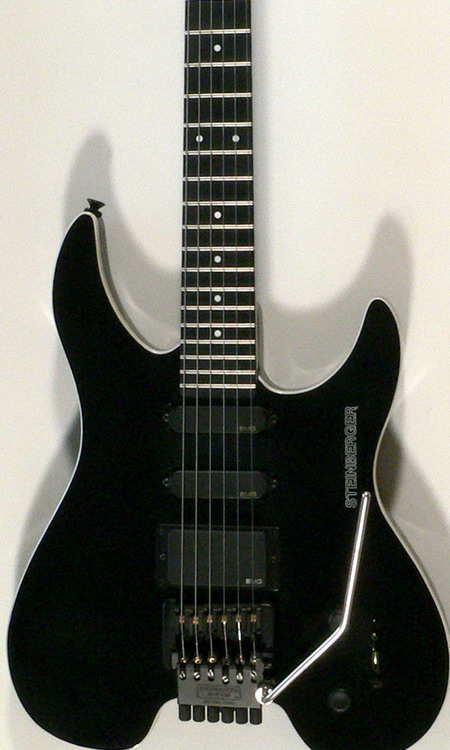 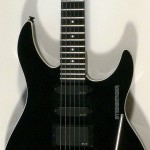 About the Original Steinberger GM4T

The product of a liaison between Genesis’ Mike Rutherford and graphite wizard Ned Steinberger, the Steinberger ‘M’ Series was an early product of Gibson’s investment in the company. The earlier models with flat fronts and bound, sheer edges like this one were made at the Steinberger facility in Newburgh, USA.

‘G’ indicates it’s a guitar, ‘M’ that it’s an ‘M’ series, ‘4’ shows it has one humbucker and two single coil pickups, and ‘’T’ denotes ‘Transtrem’ (lots of useful references like this and many others at Las Vegas’ dealer Ed Roman Guitars’ web site).

Steinberger was quite an engineer – apart from creating graphite necked guitars, he invented this trem which holds each string in relative pitch as it is moved and can be locked at -2, -1, +1 & +1.5 tones. This enables you to trem whole chords or retune without a capo. It’s tricky to set up but rewards the initial effort for as long as you use the same gauge of strings. He also designed a very economical 12-string tailpiece which tunes all 12 strings with a single, sliding knob.
The neck remains true so it plays very easily. With the original EMG pickups, it has a very clinical sound, great for funk licks. And it has a very 80’s look. As someone once commented, ‘the horror of the headless guitar’. Also available in white, red, and I’ve seen blue, yellow and even pink. 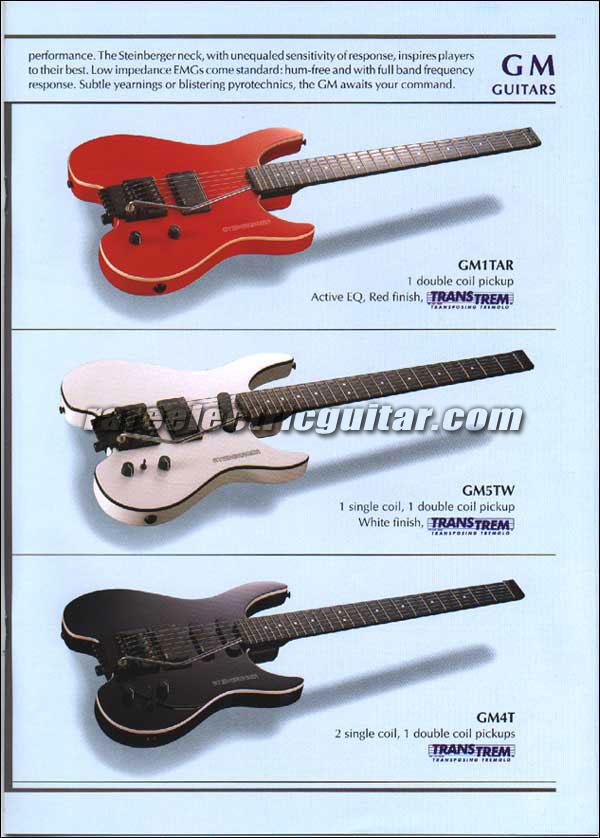