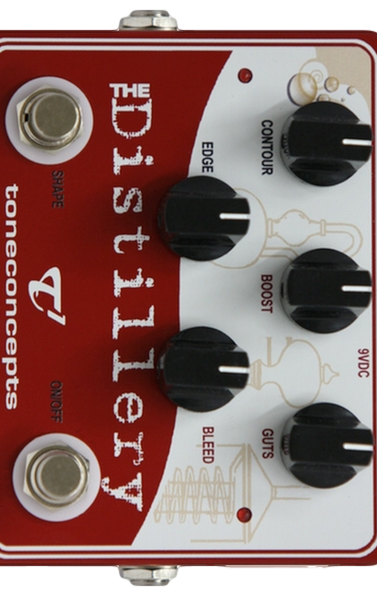 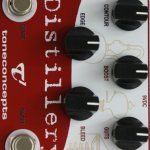 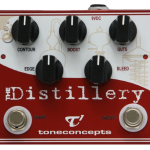 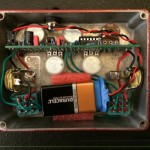 Since 2008, ToneConcepts Inc. has tested gear with some of the world’s leading guitar players on the stage and in the studio. We’ve put new and vintage tones into their hands, under their feet and through their amps.

In early-2013, we approached several artists with a few simple questions: What’s missing? What haven’t you found? What problem needs to be solved? Pro guitarists wanted a pedal that would help them shape their tone through their own rigs or rented backlines and that could make any amp sound better. All while retaining the true character of a great player, guitar and amplifier. The Distillery is the result!

Designed and manufactured by ToneConcepts Inc. in Toronto, Canada, The Distillery is the first in a series of products developed in collaboration with some of the world’s best guitarists. This innovative new line is aggressively priced and addresses the discerning needs of professional touring musicians.

The Distillery gives players up to 20dB of pure flexible power that sounds completely transparent. Whatever cables and pedals you run though, The Distillery will make you sound as if you’re playing your guitar straight into your amp. We’ve also developed a sophisticated tone-shaping circuit that can give your humbuckers a singlecoil edge and your single coils some humbucker body & punch.

The Distillery has been tested and approved by some of the world’s best tone-wranglers:• Jim Campilongo
• Nels Cline (Wilco, Nels Cline Singers)
• Zane Carney (John Mayer)