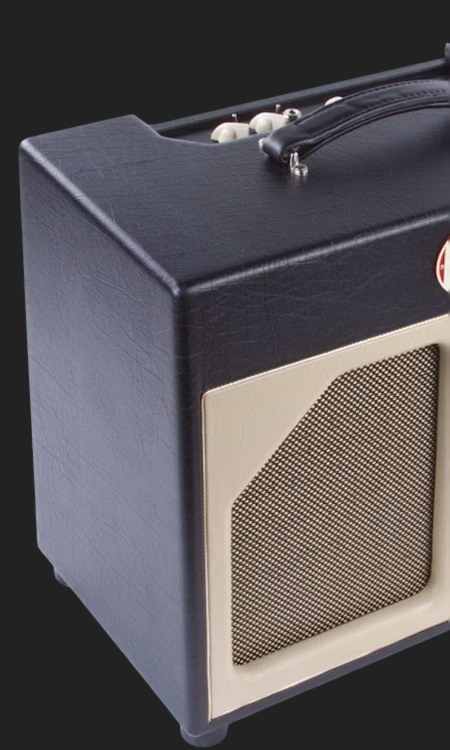 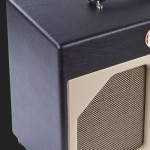 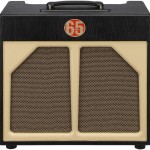 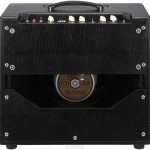 65amps’ 18-Watt, tube-rectified London Pro sports two distinct channels powered by two very different-sounding preamp tubes: the EF86 color channel and the 12AX7 channel. Between the two you get an amazing range of tone. But there’s more – the London Pro is packing a secret weapon: the ability to combine the two channels, effectively giving you a third high-gain channel. When the channels are combined, the volume and tone knobs on each channel now control the gain and tone for just the tubes on their respective channels, giving you extreme tonal versatility. All channel switching can be controlled by the included footswitch.

Master Voltage circuit preserves your tone at any volume

The London Pro is also packing some cool modern tricks in its stylish, roadworthy chassis. 65amps’ Master Voltage circuit, for instance, is a giant step forward in power technology. No mere scaling schema, attenuator, or master volume, Master Voltage preserves your tone, authority, and touch response all the way down to two or three watts, making The London Pro a scalable solution for recording and live gigs. (Hint: it’s invaluable when you’re using in-ear monitors.)

The alluring sound of EL84s

Along with the EL34, the EL84 tube powered the British Invasion. This narrow, tall, 9-pin output tube (valve, in the parlance of our cousins across the pond) is often used in Class A circuits, which favor sweet, harmonic saturation over output efficiency. Hence its inclusion in many classic amps in the 15-30 watt range. With its characteristic warm bottom and chimey, sparkling highs, the EL84 exhibits a midrange that gets crunchy and aggressive when you push it. The EL84, of course, drove the Beatles’ backline. ‘Nuff said.

Vintage vibe is baked into this amp

With its outstanding touch response and rich harmonic content, 65amps’ London Pro instantly reminds you of the tastiest vintage tube amps you’ve ever played. It’s even got a tube rectifier. When it comes to electric guitar tone, vintage, of course, is where it’s at. But that doesn’t mean that the best amps of yesteryear were perfect. Far from it. Drawing on over 50 years of collective amp-design wisdom, 65amps has studied and made note of what works – and what doesn’t. And as the two principals of the company are both pro guitarists, they have a few additional items on their wish lists that take a great vintage-inspired amp design and put it over the top in terms of tone, reliability, and usable features.

65amps’ Dan Boul and Peter Stroud are guitarists first and amp design engineers second. Peter also happens to be Sheryl Crow’s guitarist. Now, like many savvy performers these days, Sheryl prefers to keep her stage volumes low. Low stage volumes equate to cleaner house and monitor mixes – and ultimately result in better performances. It was the need for a robust and roadworthy low-powered guitar amp that sounds as rich and complex as larger tube amps that led to the formation of 65amps. With the luxury of looking back on more than 50 years of guitar amp designs, Peter and Dan were able to identify strengths and weaknesses, and come up with innovative, modern designs that deliver tasty vintage tone, modern reliability, and enhanced usability.